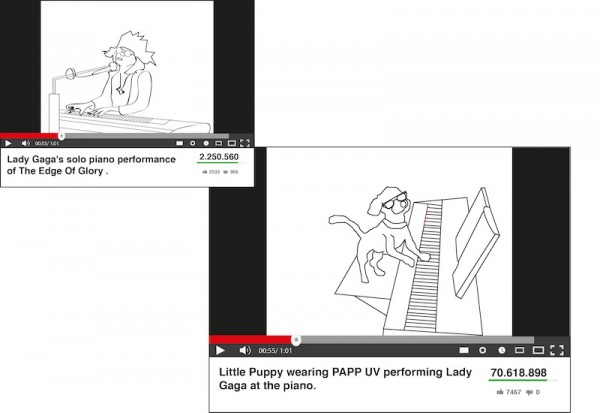 Are you feeling more Rihanna, or Madonna? Kanye or Beyoncé? Daft Punk or sexy hunk? PAPP UV is a contemporary take on the fast developing culture of the "celebutante" -  the highly idolised celebrity for reasons that nobody really knows.
If there is one thing that the internet has definitely contributed massively to our existence, it is the opportunity for us to spread any message at a colossal speed. Exhibiting work, promoting oneself and finding information has never become so easy.
While our parents used to go through hours flicking through manuals and magazines to learn how to operate the simplest of things, we would just log on to Youtube.

The broadcasting website was seen to many as an alternative to the plummeting private entertainment industry, perpetually fabricating more cash cows and logos to join the household setting. Youtube is the ultimate manifestation of an exhausted society, fighting to claim back their own freedom. Whereby they would individually re-create their own virtual reality that contains its own laws, language, entertainment industry, but most of all, its own celebrities.

While The Buggles launched the broadcast of MTV with their hit single "Video killed the radio star", no one could have ever imagined that just three decades later, the lyrics would be altered into "Internet killed the video star". The easy citizenship into the virtual society of Youtube, acted as a catalyst to the modern self-proclaimed celebrity.
Everybody at some point in their life, dreamed about becoming the sixth member of the Spice Girls or marching down the red carpet side by side Till Schweiger - today, those childhood dreams are nothing but a mouse click away. Anyone can become a celebrity overnight, no matter if it is by creating a catchy song cover on Garage Band, slapping your face with a giant mackerel or offering daily makeup advice - gaining fame through admirable talent or through appearances in sex tapes with already established celebrities, has just become so passé…

Cheap, eco-friendly and as recyclable as any other internet star; PAPP UV allows you to view life in the eyes of the highly regarded personality who only has one mission: virtual domination! 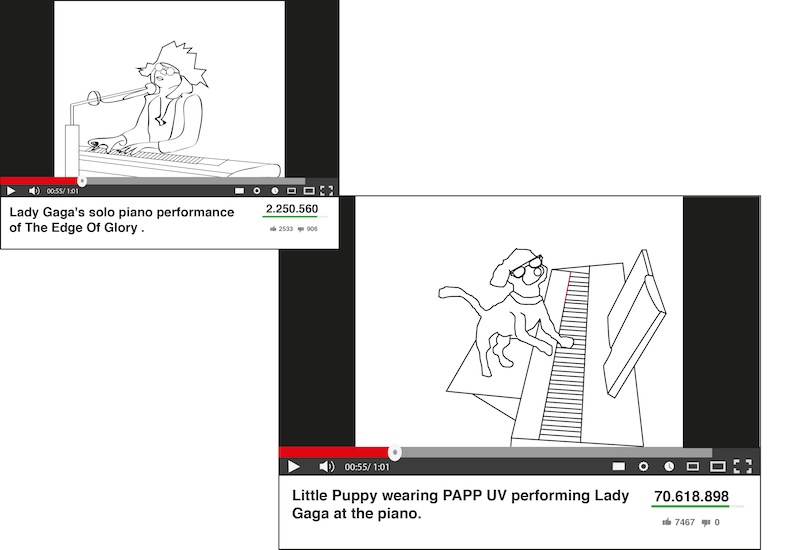